Wow, I'm such a slacker! I just finished my last class, and now I'm taking a couple weeks off! I'm so happy to have less to do, or should I say, now I have time to do more!


Our summer has kicked off to a good start. The kids spent some time with grandparents, while Steve and I went to a total HILLBILLY wedding ( friends of friends were getting married). I mistakenly wore a dress only to find that everyone else was in flannels, jeans and boots! Dang it I shoulda wore my boots...So, I went back to the cabin where we were staying and changed. Don't get me wrong, I come from a true TarHeel family from North Carolina, and I wouldn't have it any other way. I'd rather be around country folk who are real, any day of the week! The people at this wedding however, aren't true country folks. They are just a bunch of rich kids who pretend to be country, so it doesn't count. But we had a pretty good time anyway:)


I went to pick the kids up yesterday and on the way there my friend Jen found a craigslist ad for hay, which is something I've been needin'...So, we went an bought some, put it on top of DA VAN, and on we went. Now that's country! *cue:Banjo* 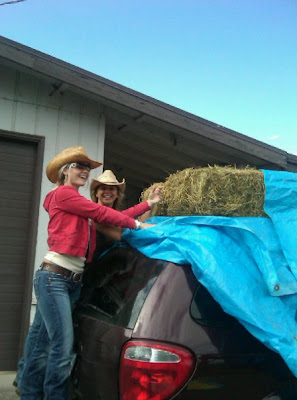 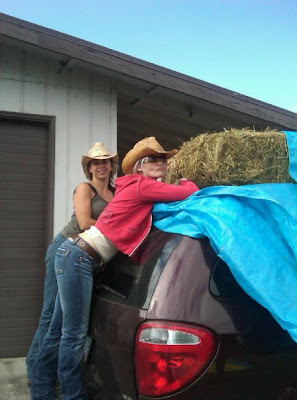 I've mowed the lawn, swept the floor and did a load of laundry and I still have much to do so I'd better sign off for now. Ya'll come back now!

Email ThisBlogThis!Share to TwitterShare to FacebookShare to Pinterest
COUNTRY-FIED
2009-06-16T10:57:00-07:00
Takin' time to smell the flowers!
Life on the Farm|Who I Am|
Newer Post Older Post Home