Our dog's were just sniffing the cat and trying to get him to play and my daughter was, as usual, worried about the cat, so she was trying to get them away. I told her to that they were fine, and that the cat was enjoying it. Then the conversations went something like... 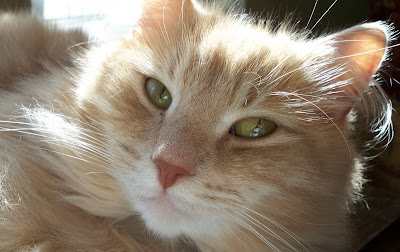 Thank goodness the cat wasn't actually pissing! EEW! That would be BAD.

Tomorrow's Steve's company Christmas party, already! What to wear, what not to wear? Steve isn't the best at knowing whether or not it's a dress up kind of party, a totally casual party, or an in between party...There have been years that I've been the ONLY one dressed up, surrounded by folks in jeans and hoodies, and there I stand in my dress-up clothes, high heels 'n' everything feeling oh so stupid! So I'm just going to go in between this year with nice pair of jeans, a cute top, and high-high heels:)

It should be fun, I hope. 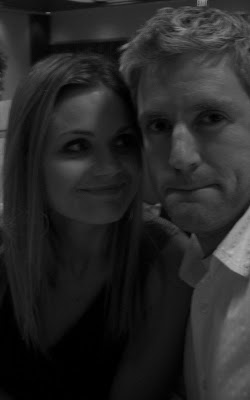 ^This is a self portrait of us @ last year's Christmas party. Isn't my husband so handsome! It's almost the 1st, and the countdown begins!