Diego turned 3 years old on Sunday! For those of you who don't know my sweet puppy-pups, meet my Pit Bull, Diego...

This is him at only hours old. (He's the lightest one) My brother called me and said you have to come over, Dez had her puppies and there's a beautiful one and I want you to have him. To which I replied, "Sean, no, I don't need another dog!" 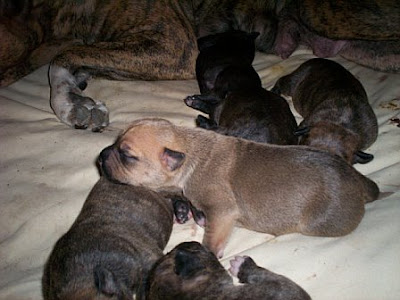 This is Diego at 2 months old, which is when I gave in and he came to live with us... 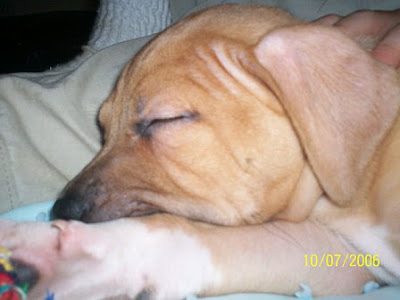 This is my sweet puppy last year! He just loves to please his family. Look at those sad puppy dog eyes! 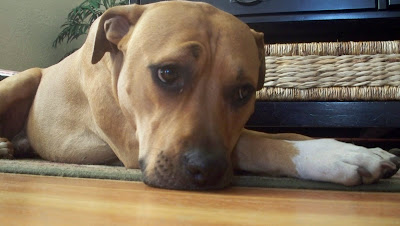 Diego is a true companion, a best friend to all of us! He loves to play football with Austin, to run and play with the girls, hide and seek, tug of war, go on walks, and sit in your lap if you'll let him.
We love him, even with his horrible gas, his sometimes fishy breath, and even with the occasional flea!
Happy Birthday sweet boy! You are a blessing to our family and we all love you very much!! 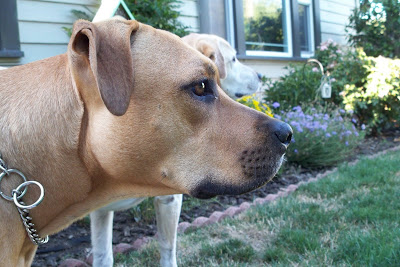 Many believe that this breed is evil, uncontrollable, naturally agressive towards people, etc. I beg to differ. I'm sure you've heard it said before, but it really is all in how a dog, of any breed, is raised. There are so many great resources out there that help educate people about the breed, and dogs in general. You wouldn't believe the amount of times that I encounter people that jump, scream, and raise there hands in the air out of defense, upon simply seeing Diego standing there. ONLY because they see that he's a Pit Bull. Silly, silly people!?

Did you know that: