Lord Save the Tata's!

I've hesitated sharing this "thing" that I dealt with recently, and after much thought I think I will. Only because I'm positive that I'm not the only one that has gone through this, and its important enough to talk about;) 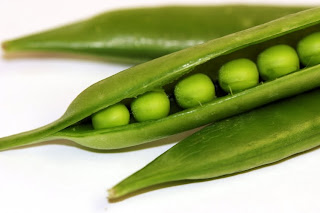 A little over eight years ago I found a very small pea sized lump on my *ahem* breast. I hate saying breast, it sounds so, ew, so, chicken like. Let's call 'em tata's. I found a pea sized lump on one of my tata's:) My grandma and my aunt both had breast cancer, so I am considered very high risk. I went in and the cutest little foreign doctor says, "We take off today?" as in biopsy?! Whoa girl, BACK-THE-TRUCK-UP! Don't I need to be put under for that kind of thing! As in, "now count backwards from 5..." Listen lady, I drove myself here today! She must have seen all of those things going through my mind because she quickly followed her suggestion with, "we don't have to, its just an option. I think we should just keep an eye on it as it isn't attached to the tissue." PHEW! I was gonna say (nervous fake laughter).

Well, about 3 months ago I noticed that bump wasn't there anymore, in its place was a really big lump. Like the size of a walnut! So, I'm frantically feeling the tata's, comparing them, etc...I think I'm crazy, its probably nothing, but dang that's kind of big. Out of fear and dread I let 3 months go by before I make an appointment. Over that 3 months it definitely became more obvious that something was not right with the walnut "lump."

I finally made the appointment a couple of weeks ago. Unfortunately, Steve had to fly to L.A. for the whole week so would be gone during the time it was scheduled. "I can do all things through Christ who strengthens me," is the scripture that kept me going that week. I pleaded with God to heal me, take away the lump, make it not be cancer, and to not let me die. Pretty much jumped to the worst of the worst conclusions. All I could think of was Steve and the kids, and my family.

So, there I am, in the waiting room in "THE GOWN" we all love! Hint: Do not stand up in that gown it has no back! HEHE! 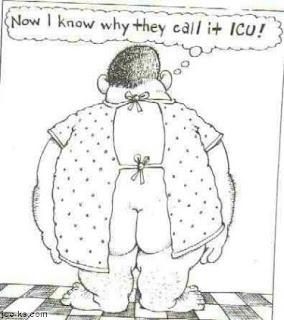 Anyway, the sweetest Nurse Practitioner came in and could visibly see the lump without even feeling for it, which made me nervous. She spent quite a bit of time on the tata's, measuring, tugging, and pinching,OH MY! Finally she said she was going to schedule an ultra sound right away along with a mammogram and we would go from there. It took everything in me not to burst into tears. She scheduled the next appointment for three days later. THREE DAYS!

It seems like weeks, Steve was gone, I certainly didn't tell the kids, and I didn't want to tell my mom because I didn't want her to worry. I took the kids to school every morning and came home and cried off and on throughout the rest of the day. I was mad at myself for waiting so long to go and have it checked out, it would be my fault if it was cancer. That's all I could think. Then I was reminded that the Lord will never let us endure more than we can bear. I can do this, I will do this.

The morning of the appointment came, I sat in the waiting room, alone, trying my hardest not to cry. Looking as brave as could be and I hear, "April?" Deep breath in...Heart beating crazy fast...and I was frantically trying to remember back to the last time I had an ultrasound when I was pregnant, can they hear my heart beat on that ultra sound machine? Because that will be really embarrassing if they can.

I got through the ultra sound not heart beat sounds! Then they sent me to another room for the mammogram (ouch!), and then without explanation or confirmation said they would send the results to my doctor that they didn't see anything to be immediately alarmed about and off I went. Weird?!

So here I am today, with one tata obviously larger than the other wishing they were both larger! HAHA! Sorry, I often feel the need to make light of scary situations, to help make them less scary I guess? They told me its a cyst that they want to keep an eye on. I'm just praising and thanking the Lord that I don't have cancer, and praying that I never will!

And that's what I've been doing lately, to make a long story way too long:)

Email ThisBlogThis!Share to TwitterShare to FacebookShare to Pinterest
Lord Save the Tata's!
2010-03-24T17:07:00-07:00
Takin' time to smell the flowers!
Who I Am|
Newer Post Older Post Home